I have got this cool raspberry pi 2 setup which is hooked to my TV as a Media Center (osmc/kodi) and have got SickRage and CouchPotato installed to fetch my subscribed shows from the internet. Which later OSMC picks up and indexes with all meta and subs.

openvpn creates a VPN tunnel for all outgoing connections. So I can still use my mobile to ssh to and as a remote for the media center (Yatse).

Yatse doesn’t let me play videos I have on Rpi on my Phone (even when I am on the same network) under the free app.

So I resorted to dlna/upnp. One option was to switch on dlna /upnp on Kodi/osmc but that would have listed so much data. I wanted more control on what files to expose. So, I started a dlna server on rpi and accessed via VLC on my phone.

VLC automatically detects the server running on the same network. 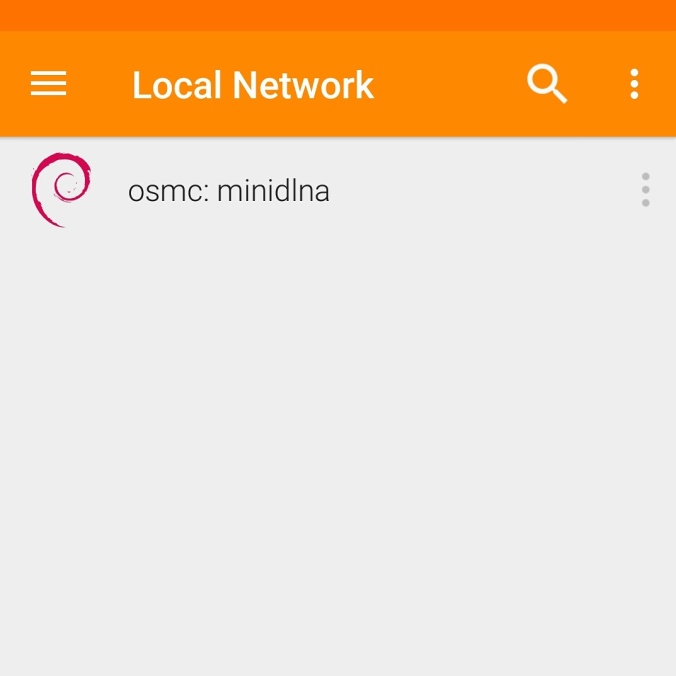 All good! Seeking works great too.